My daughter and I were lucky this weekend to go to the Fountain Show at the Lugansk Circus. And the seats were good. For example, it was quite uncomfortable to sit in the front row in front of us: the water splashed and the stage at the very feet was almost the height of a seated person. And we were lucky, good places. And the room was almost full, single places are free.

I haven't been to the circus for a very long time, and I don't really like it. As an adult, it's hard to surprise me with something. Dancing people and their tricks are not particularly encouraging. Well, my daughter was overjoyed. Although something made me happy.

I want to note the complexity of the work of artists. Water is constantly running on the stage, it is cold, I have tested it myself. At some moments, they were doused from head to toe, and they did not show that it was discomfort. And for me, cold water is a real horror. Well, I already applaud this fact!

It all started with a dance of beautiful girls in masks and skirts under the "baroness", as well as an acrobat girl on a tightrope under the circus dome. They wandered around the stage in marvelous outfits and danced many more times. The other male acrobats also pleased, especially the stage of the astronaut, which ended the first hour of performances before the intermission.

The second round, which lasted half an hour after intermission, was completely filled with lions. A huge cage descended from above, into which more than ten predators were let in. They snarled, but fulfilled their role: they sat on the pedestal, on their hind legs, jumped over each other. Everything.

Specifically, I was pleased with the parrots. Those are really hard workers. I have never seen a parrot riding a bicycle, which pressed its paws on the pedals. They also rolled on the floor, interlocked with each other with the help of rings. I consider their performance to be the best of the whole show! I was especially inspired by a flying parrot with our coat of arms on the flag in its paws. Well done bird! You're the best!!!

There were also dogs. But not really surprised. I didn't like the clown. Fortunately, he was not a traditional clown in a red wig, just a juggler who communicated with the audience and tried to involve as many people as possible in the performance, distracting during the change of scenery.

And most importantly - fountains. From the smallest, dotted, to a fence from the water hitting the ceiling. They were illuminated by spotlights of different colors, creating fabulous drawings. Quite an interesting sight. A wonderful performance for children, a festive atmosphere, everything is beautiful: both fountains and costumes.

P.S. It was written on the back of the tickets that taking photos and videos is strictly prohibited. But just before the start, they announced that you can only shoot without a flash. And also asked to remove all luminous toys. And everyone was filming. Therefore, I believe that my photos are absolutely legal. 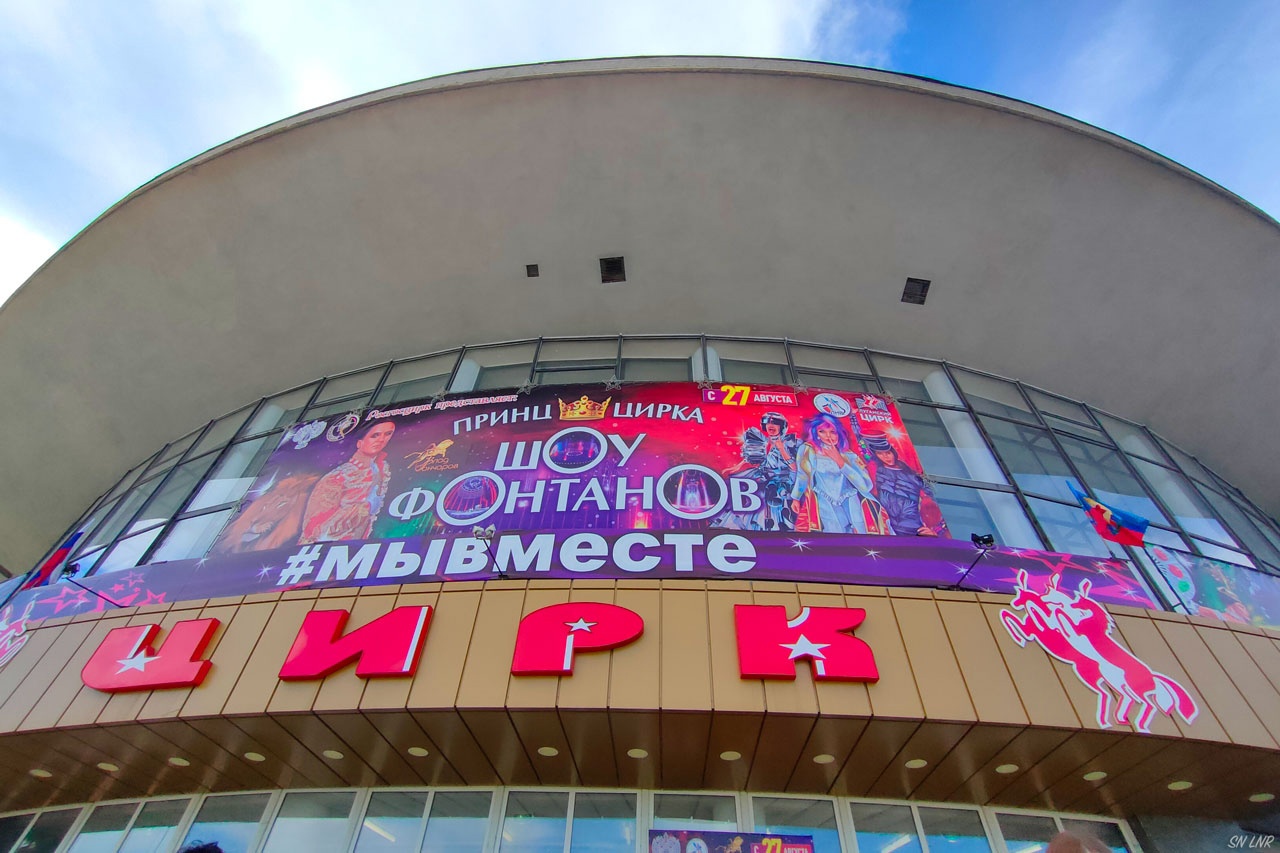 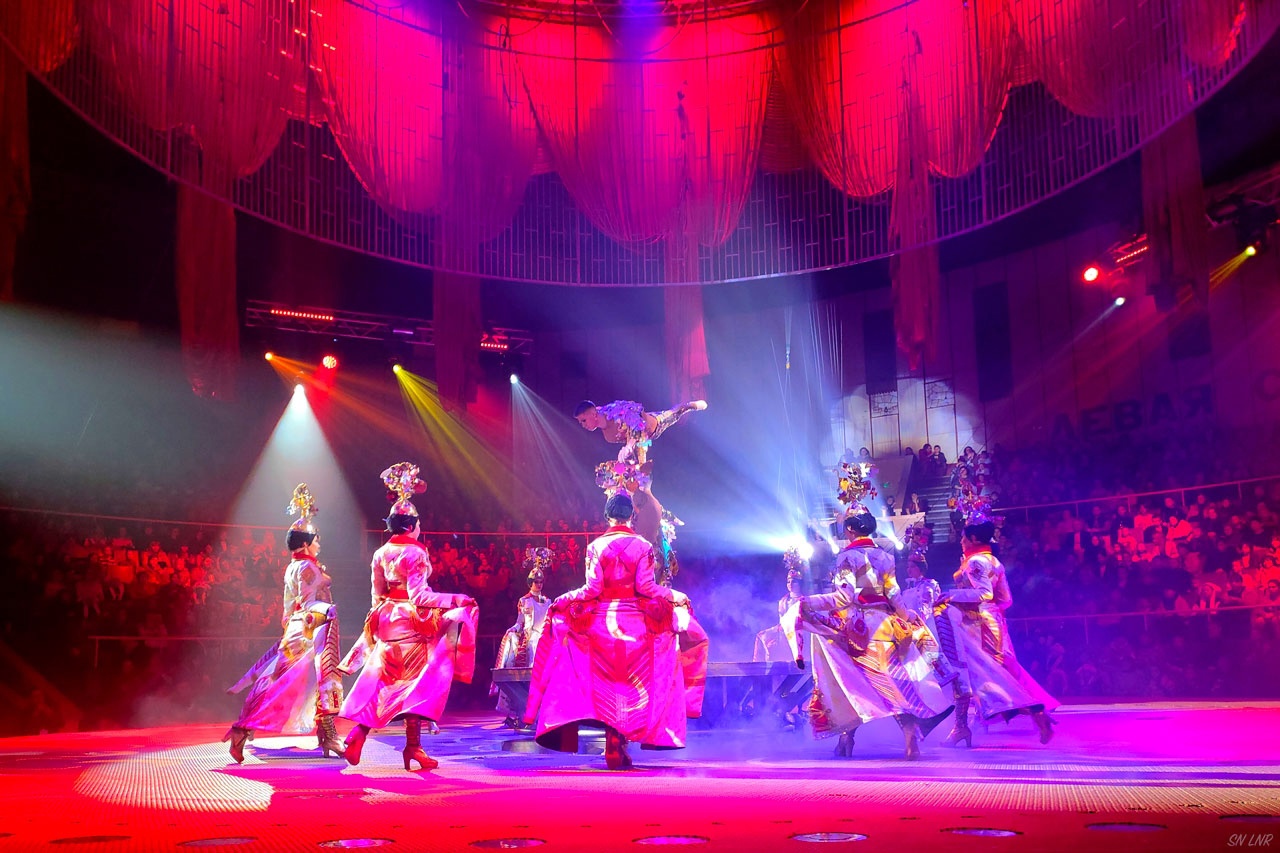 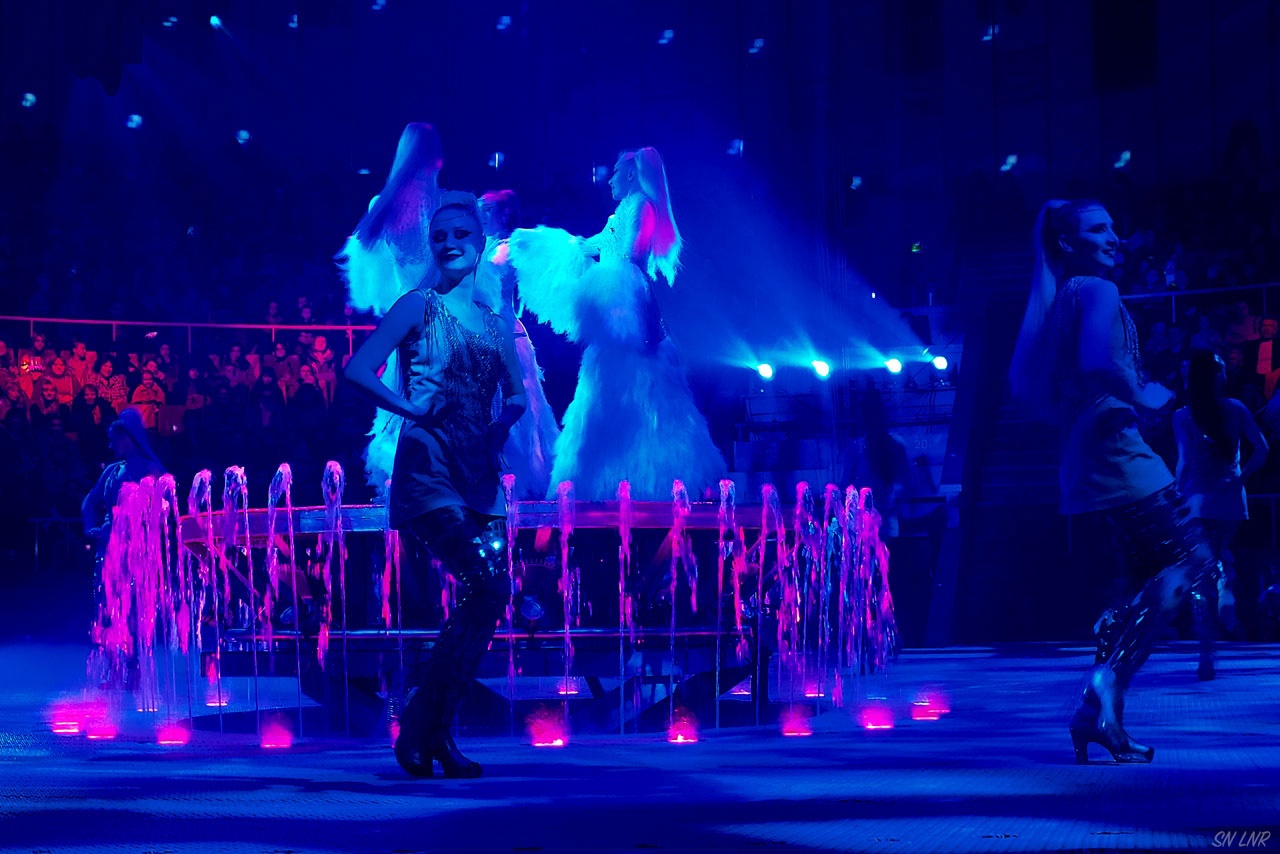 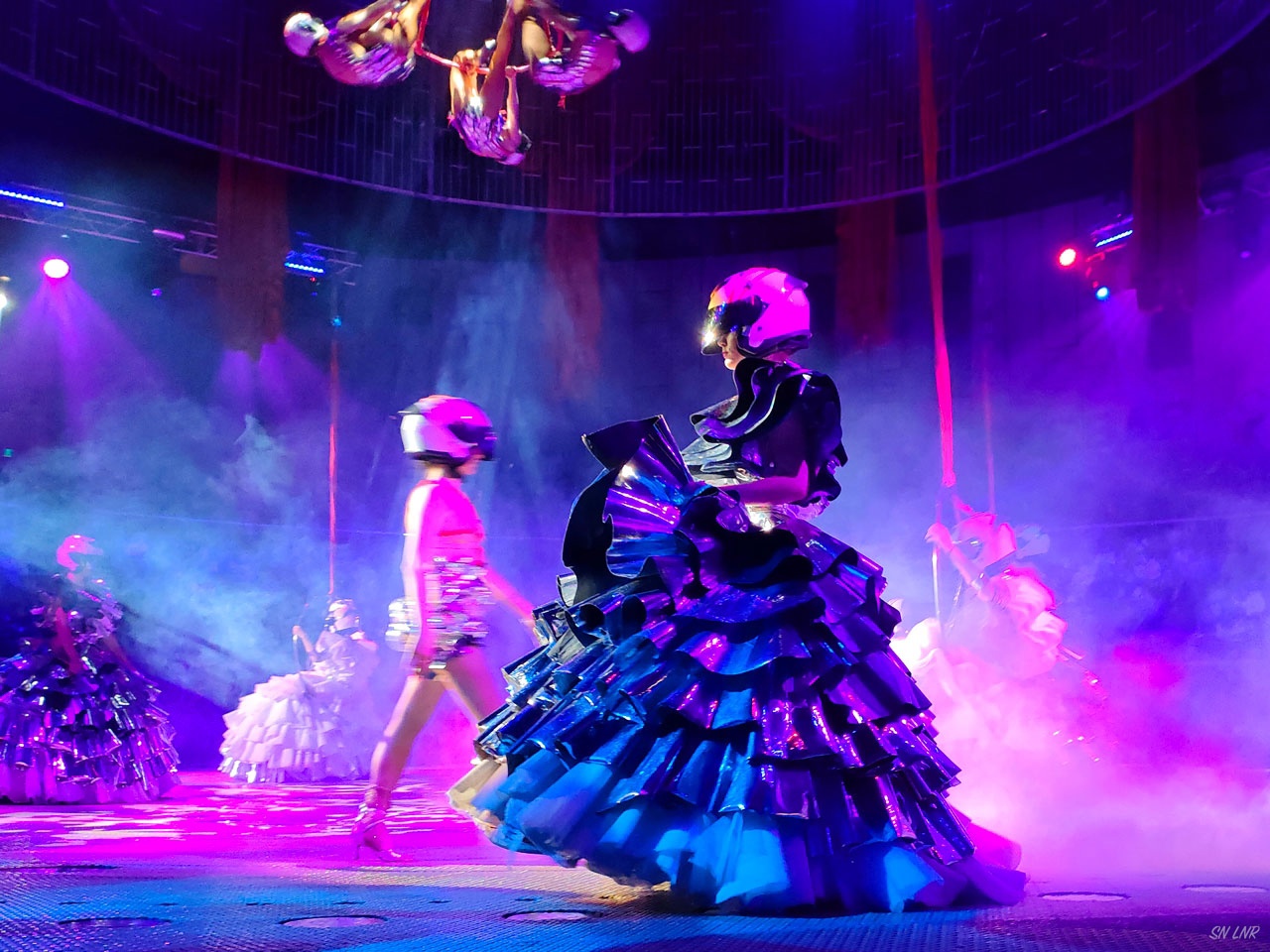 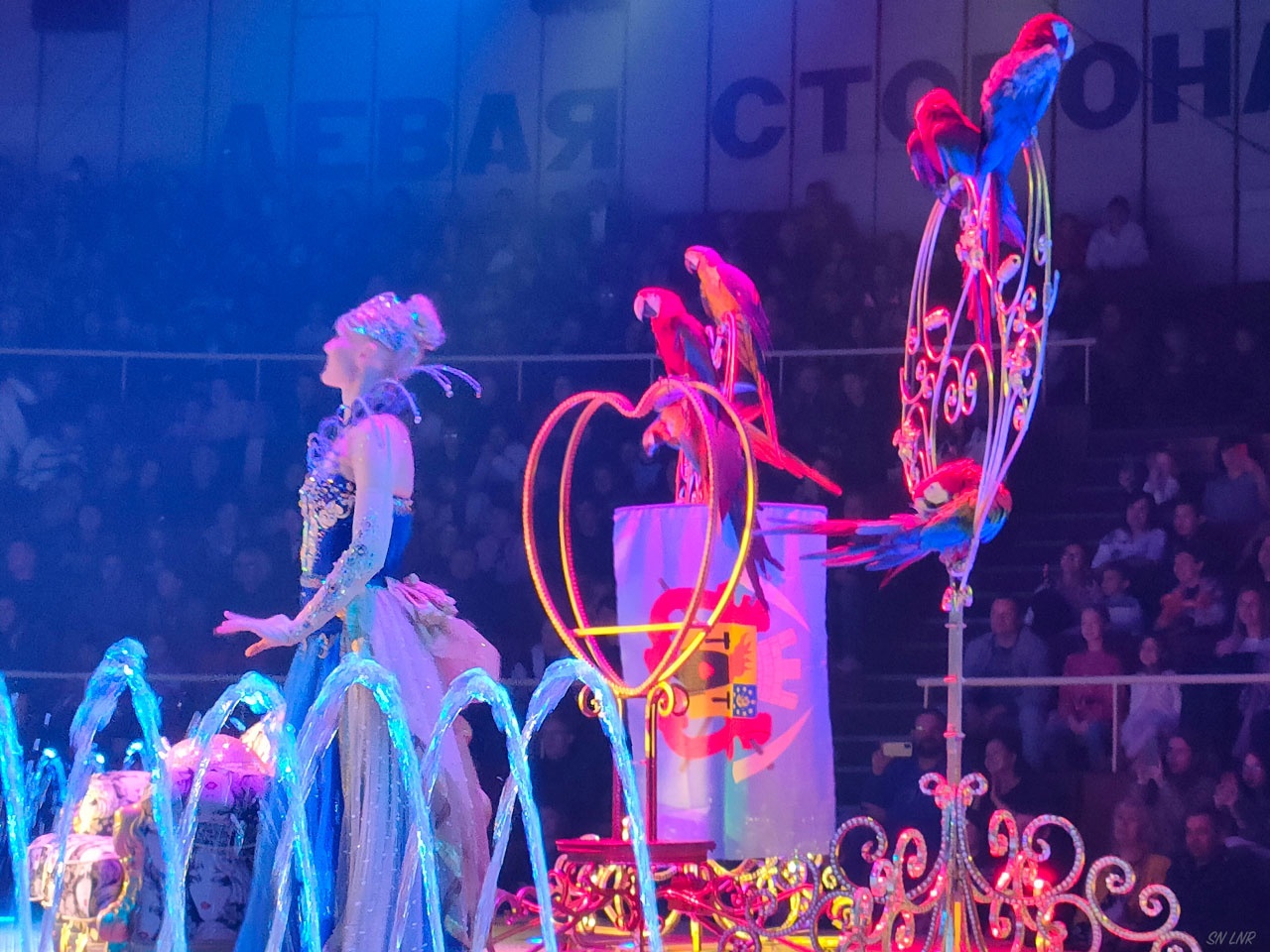 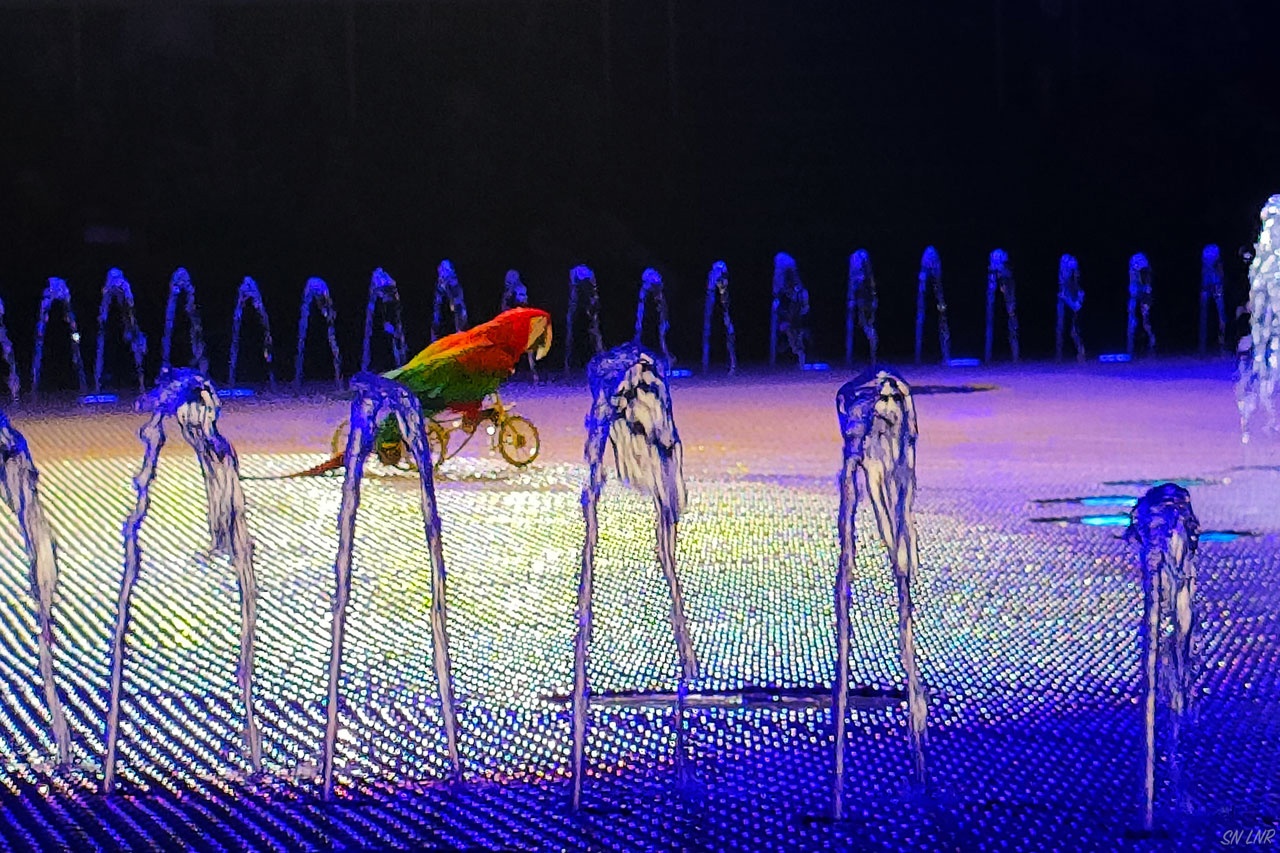 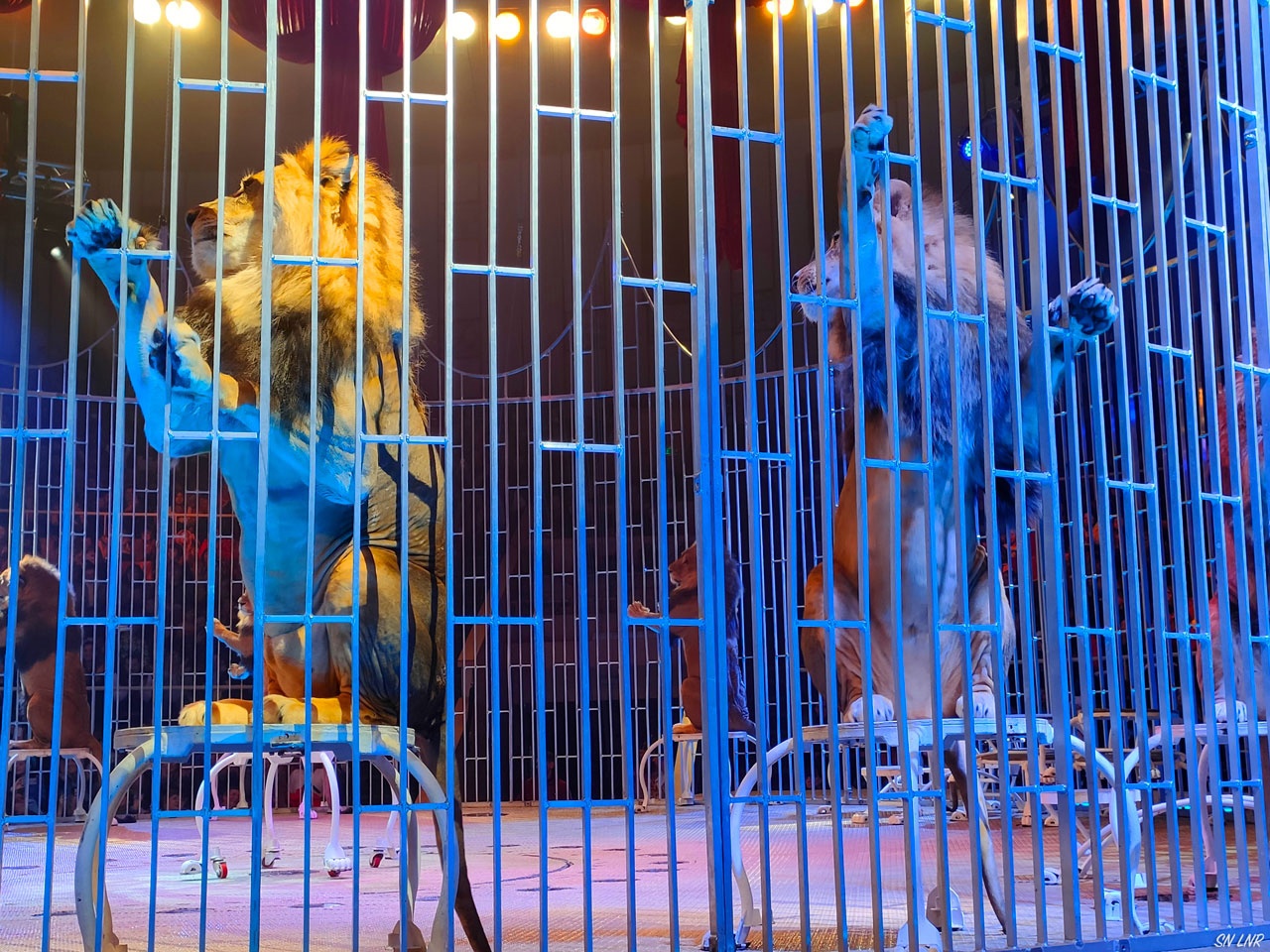 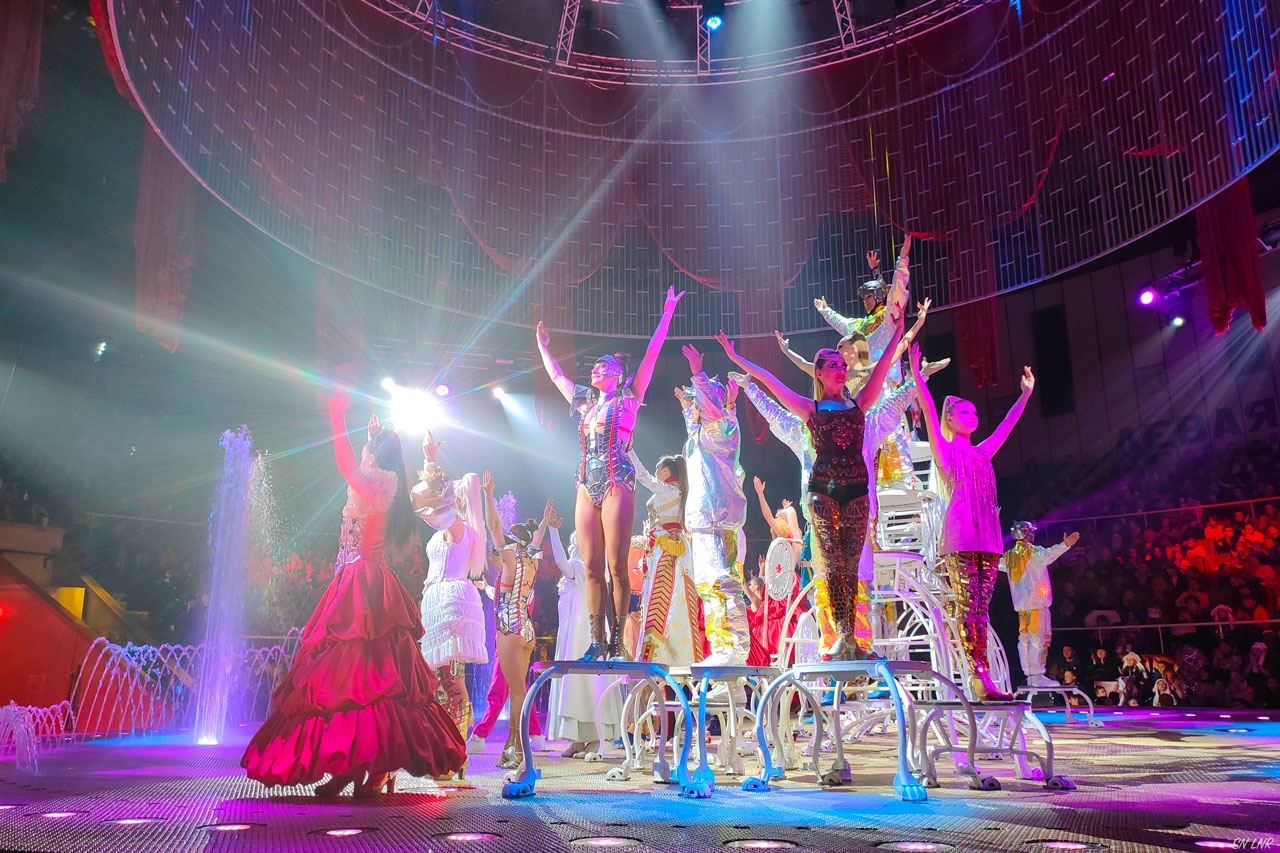 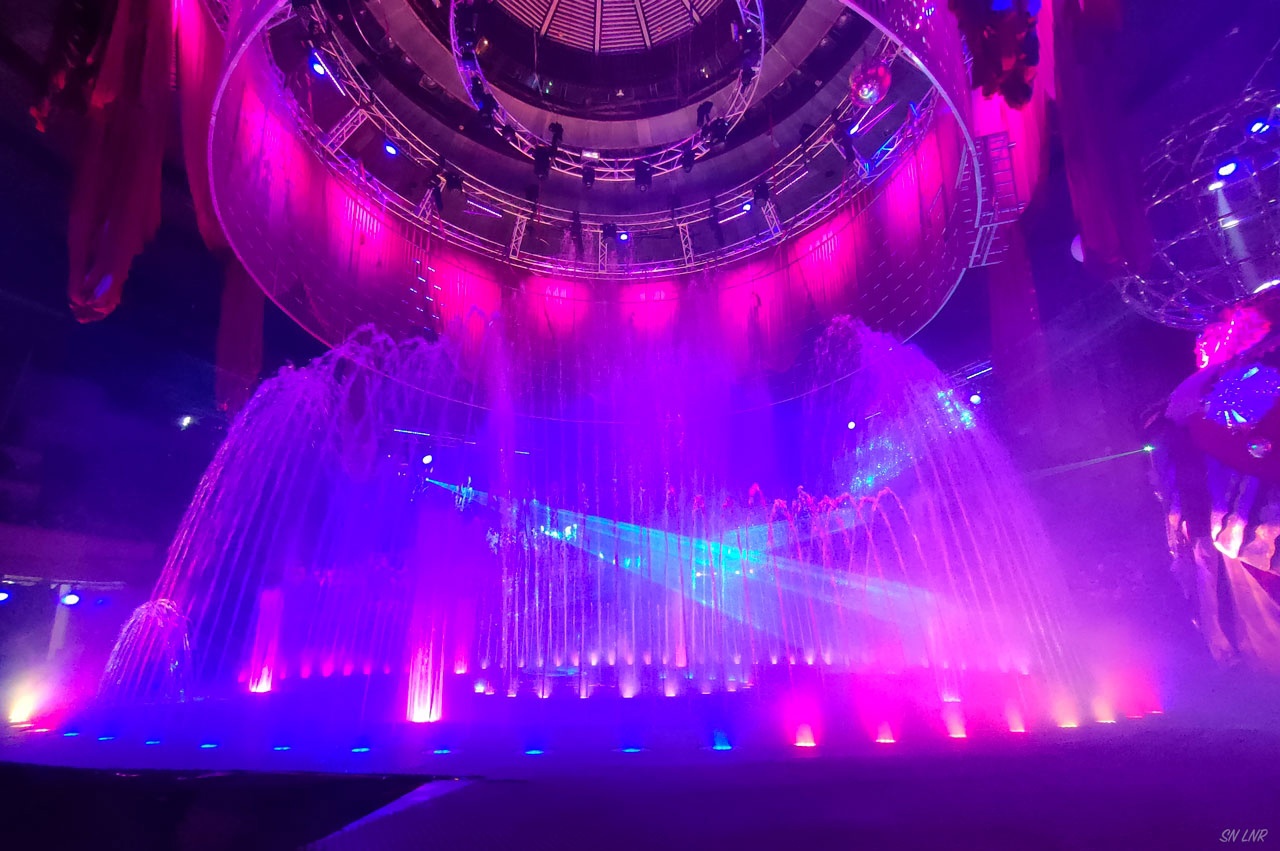 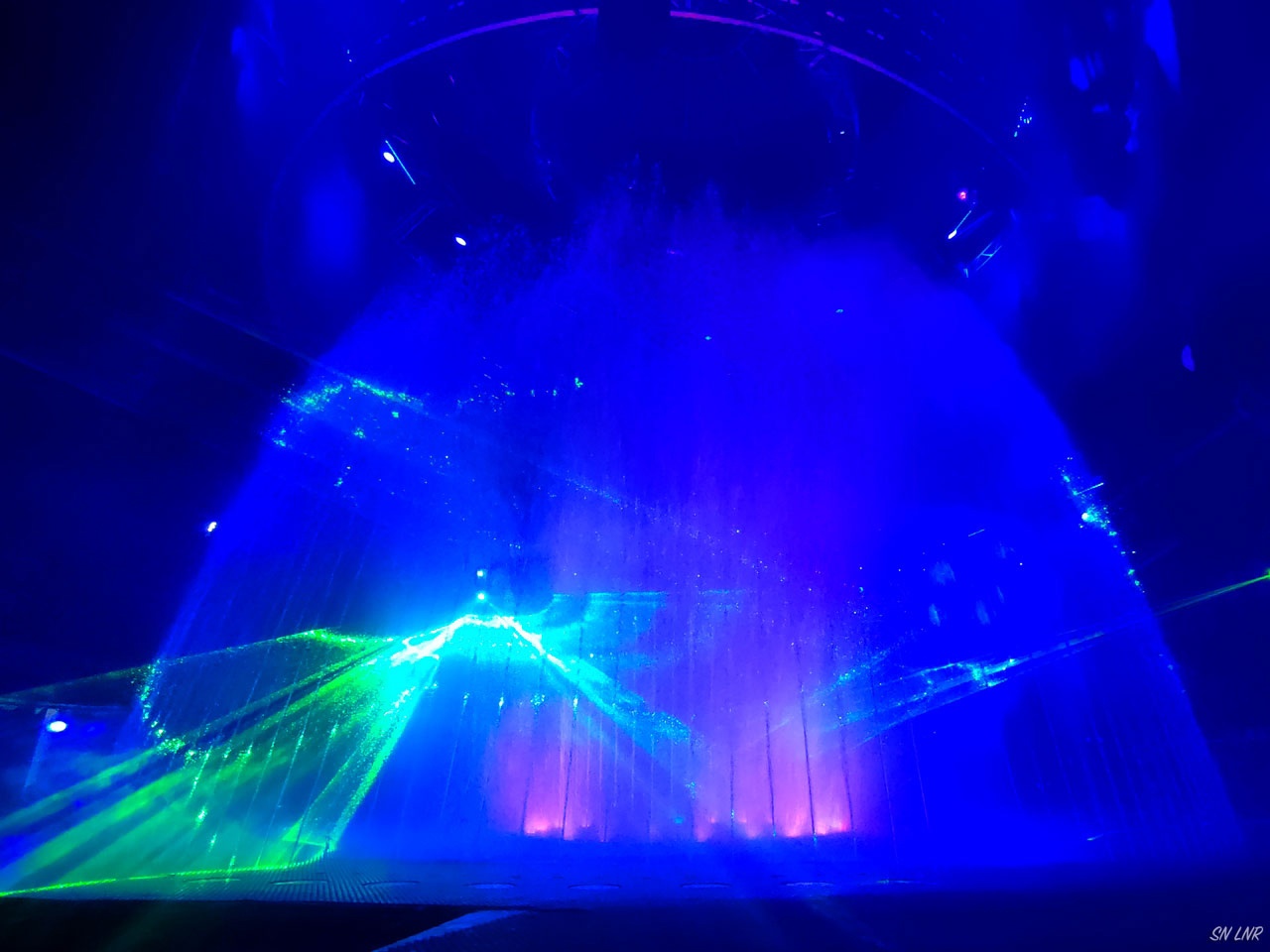 Thank you for your attention.